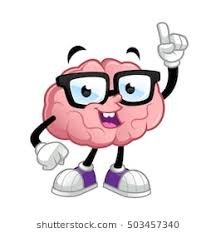 We all hear it. It’s a constant chatter. Sometimes it’s louder than other times, but it’s always there. It’s the voice in your head that will take you and your spirit wherever you let it take you. I’m talking about that quiet narrator of events, the story teller in your brain that can build you up or tear you down and you may not even realize it’s happening.

For some of us, the dominant voice is encouraging, motivating and strong. It tells you that you’re good enough, maybe even that you’re great. It picks you up when you’re down and it focuses you on a positive future rather than a negative past. This is the voice of truth. The voice that tells you that things aren’t as bad as they seem, and the future is bright and success and happiness are part of who you are. It’s the rational part of your brain speaking and it focuses on what’s really happening and not projecting a negative story that can paralyze you and prevent you from doing the things that will help you achieve the potential you know you have within you.

Then there’s the “other” voice. This is the voice of negativity. This voice is a liar. It focuses on the worst of all possible outcomes. It says things like “If that happens, then you’ll lose everything you’ve worked for”. Or, “You will never be able to live this down”. This voice can’t survive the light of day because it doesn’t live in reality. When this voice is spoken out loud, it’s absurdity is revealed in one of two ways.

First, the nastiness of the message isn’t tolerated. Think back to a bad situation in your life where you might have heard the inner voice say “I am so embarrassed I will never show my face in public again because everyone will laugh at me” and then when you did show up, nobody even mentioned the incident. Or when you lost your job and thought losing your house, car, family and friends would follow, but it never did. In fact, when those fears were spoken out loud they were quickly called out as fraudulent by those very people you feared losing… and you could hear it as well.

The second way the “other” voice’s negative messages are debunked is with logic. Would you ever say the negative things you say to yourself to another person? On the contrary, you would be positive and encouraging to a friend in need so why not treat yourself that way? Also, if you ever heard someone talk about themselves in such a negative way, you would probably remind that person of their strengths and the bright future you see for them… so why not “talk” yourself that way?

That Voice in Your Head Can be a Jerk!

It can also be a great friend that picks you up when you’re down, helps you get through the tough times and keeps you level headed in times of need. The key is to be aware of it and truly hear the words being said. Speak them out loud, if necessary. Sure, the voice in your head might tell you terrible things… you’ll get fired… you’ll lose a client… you’ll lose a friend…but that is usually not reality. The truth is that the negative thoughts that can build in your head are rarely the reality of a given situation.

So, listen to the voice in your head, but do so with a discerning ear. Speak the words out loud and truly evaluate the validity of the message. Then, act based on the truth and not on a warped representation of reality.

Ken Sher is President of Sher Coaching and he is dedicated to helping Leaders and Teams to survive and thrive in today’s challenging business world by focusing on Executive Coaching, Leadership Development and Career Management. If you would like to reach out to Ken to schedule a complimentary coaching session, please call him at (215) 262-0528 or email him at ken@shercoaching.com

Ken Sher is an Career Coach and Executive Coach who focuses on the whole person when helping them with professional or personal issues they are trying to manage. Ken's areas of expertise include job search, career management and leadership development. If you would like to reach out to Ken, please call him at (215) 262-0528 or visit his web site at SherCoaching.com

In many companies, individual contributors are promoted into leadership positions because of excellent performance. Unfortunately, the best individual performers are not necessarily the best leaders. Compounding this potential problem is the fact that there is very little support for the new leader to help them grow and develop their leadership skills.